The Dutch export more than 1 billion of their famous flower bulbs to the U.S. each year. The two countries also are known as hotbeds for innovation. (© Dean Mouhtaropoulos/Getty Images)

Trade ties between the Dutch and Americans have a long history, beginning as early as 1609 when the Dutch ship Half Moon landed on New York’s Manhattan Island.

“The two nations have been trading with and investing in each other ever since,” the Netherlands’ prime minister, Mark Rutte, told the press on an official visit to Washington in July 2018.

Today, nearly $50 billion in U.S. merchandise and services is exported to the Netherlands every year, especially petroleum, medical supplies and electronics, while the U.S. imports nearly $25 billion of Dutch products including machinery, medical supplies and chemicals as well as premium beer and tulip bulbs.

“Our deep friendship is rooted in a commitment to democracy and rule of law. We work together to promote peace, prosperity, and freedom in Europe and around the globe,” said Secretary of State Mike Pompeo.

The Netherlands’ investment in the United States is especially strong in the agriculture and greenhouse horticulture sector, as well as water management, wind energy and green construction — all industries in which the Dutch excel.

Known for its global leadership in innovation and its startup culture, the Netherlands will co-host the ninth Global Entrepreneurship Summit (GES) with the United States at The Hague June 3–5.

Since the first U.S.-hosted GES in 2010, the summits have brought together thousands of entrepreneurs, investors, ecosystem supporters  and government leaders from around the world. As a result, governments and the private sector have committed over $1 billion in new capital to entrepreneurs worldwide.

“This event underscores the commitment by both countries at the highest levels to entrepreneurship and innovation,” Pompeo said.

“With its theme of The Future Now, we will bring the world’s most inspiring entrepreneurs and investors together to solve global challenges and create economic prosperity,” he said. 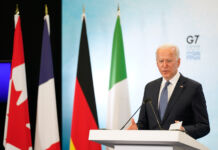 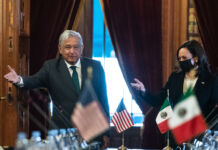 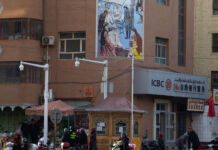