The bonsai trees were taken to the U.S. National Arboretum in Washington, joining a group of penjing trees given by China in 1972. Bonsai, a centuries-old Japanese tradition of growing artistically shaped miniature trees, is derived from a similar practice in China known as penjing.

It wasn’t the first botanical gift from Japan — in 1912, Tokyo’s mayor sent Washington the 3,000 cherry blossom trees that bloom on the National Mall each spring.

But the bonsai gift helped establish the National Bonsai and Penjing Museum at the National Arboretum. As the world’s first museum dedicated to miniature trees, it is a hub for bonsai experts to share the art and science of growing trees in containers.

The museum recently launched an exhibition — The Bonsai Saga: How 53 Japanese Bonsai Came to America, on view through October 1, 2017 — featuring archival images and film that tell the story of Japan’s gift to the United States.

Americans’ interest in bonsai goes back to the days after World War II. “The art of bonsai spread throughout America when soldiers who were stationed in Japan returned home,” said Scott Aker, head of horticulture and education at the National Arboretum. “They shared their admiration for the little trees called bonsai around the country.”

For decades, American students of bonsai have learned the Japanese method, which can take different forms. Some bonsai trees are formal, center-of-the-pot trees, while others twist around their containers in a simulation of trees growing down mountains.

The museum’s collection includes an assortment of beeches, maples, pines and other species. The oldest tree is a Japanese white pine that has been “in training” as a bonsai since 1625. The museum also has American-style bonsai.

“Bonsai are often trained to be miniature recreations of the growth habits of trees living in their natural environment,” so the museum’s North American collection is created with species of trees indigenous to the U.S., Aker said. The North American bonsai “reflect the beauty and feel of our native forests.”

A visit to the museum offers an oasis in the heart of a busy city. Through the Bonsai Saga exhibition, visitors discover “a story of generosity and goodwill between two countries,“ Aker said. Told through the beauty of bonsai, the story “can be enjoyed in any culture.” 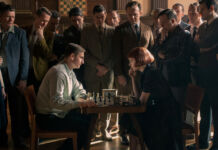 Why is the game of chess on fire in America? 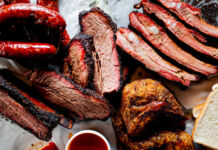 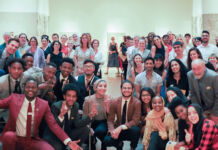 Giving young refugees a voice in the U.S. 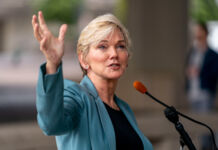 5 contributors to U.S. society with ties to Canada