Thirty-three countries from around the globe, including members of the Lima Group and the International Contact Group and some European Union member states, signed a joint declaration calling for democracy in Venezuela.

The declaration, released August 14, is a call “to put the interests of Venezuela above politics and engage urgently in support of a process shaped and driven by Venezuelans to establish an inclusive transitional government that will lead the country into free and fair presidential elections, sooner not later,” it says.

Its call for an inclusive transitional government reinforces proposals made by the Venezuelan Interim Government and the U.S. government’s proposed Democratic Transition Framework, released in March.

The proposed framework won’t be “a way for Maduro to stay in power in perpetuity, which is what he’s looking for, but it’s a way for everybody around him to say, ‘Actually, we have a pretty good future if we just take it,'” said the State Department’s Michael Kozak at a press availability August 14.

The declaration calls for all political persecution and acts of repression to end, especially those committed against:

“It is time for a peaceful, democratic transition in Venezuela,” said Secretary of State Michael R. Pompeo on August 14. “The United States and the international community share an obligation to demonstrate and provide support for the Venezuelan people as they strive to reclaim their democracy.” 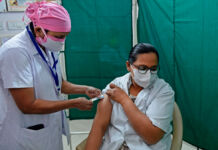 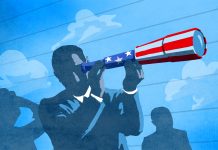 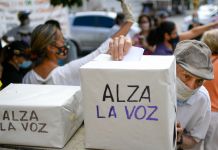 Millions of Venezuelans vote for democracy 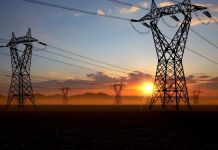 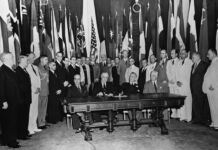