What if an entrepreneur could go into a high-risk country and start an ethical business supply chain that empowers female workers?

Matthew Chambers, the founder of the Chambers Federation, wants his company to serve as a template for making that dream a reality.

His company is also one of four to win the Secretary of State’s Award for Corporate Excellence this year. The award, established in 1999, honors U.S. companies that create international economic growth while upholding high standards as responsible members of the communities where they do business. 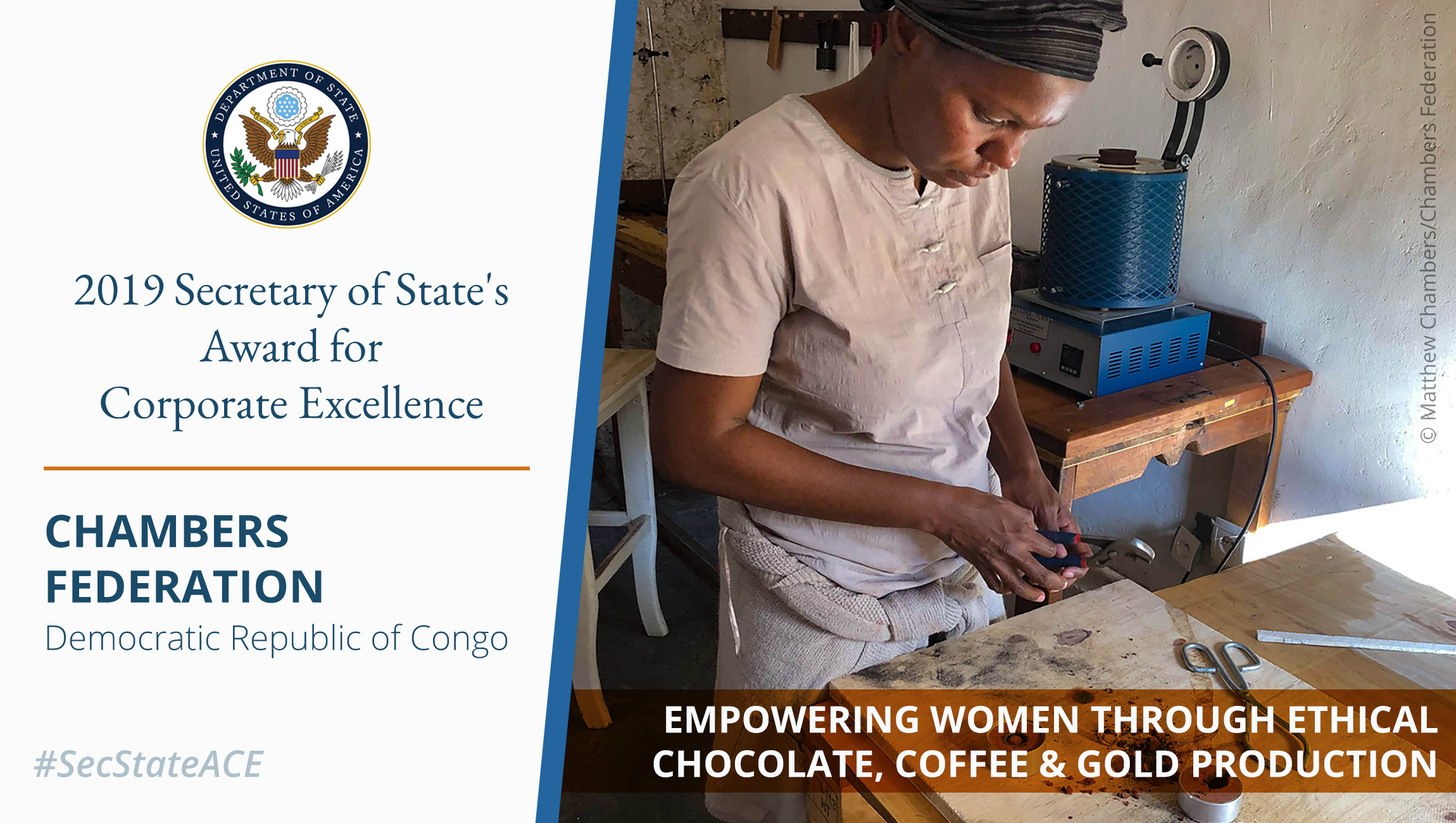 With a 90 percent female staff, the Chambers Federation focuses on the community, and demonstrates how women can produce goods with responsible sourcing and ethical production, according to Chambers.

“Responsible sourcing might sound different than women’s empowerment but these objectives very much tie together,” Chambers said.

The DRC chocolate production facility was the first to be established in the country, and the first to be run entirely by women. Cocoa beans are grown and harvested by female farmers and then transformed into chocolate bars by women chocolatiers. The chocolate is even packaged by women.

Likewise, the coffee is grown, roasted, and sold by an entirely female force — from the farming to the roasting to the packaging.

Gold production, which begins with men in government-certified mines and ends with women washing the gold ore, no longer involves toxic chemicals. Instead of processing the ore with mercury and aqua regia to remove other metals, the gold remains alloyed with silver.

“We can’t talk about female empowerment and then involve women in gold extraction using mercury,” Chambers said. “Mercury affects women and their children most dramatically — they’re the ones most vulnerable.”

The result is a business that is run by its values and inspires others to do the same.

“We’re here testing a business model that includes women’s empowerment, ethical sourcing and building a resilient community so that others can replicate this in other high-risk areas,” Chambers said. “To be given a glimmer of hope is an incredible thing.”

Title IX: Protecting equality in the U.S. for 50 years