Millions of international tourists and businesspeople visit U.S. embassies and consulates each year to obtain visas, and the foreign service officers they meet help form their first impressions of the United States.

Those representatives are, like the people of America, increasingly diverse.

“The State Department’s workforce must, by necessity, be diverse in every sense of the word — in terms of race, religion, background and more,” Secretary of State Mike Pompeo told senators at his confirmation hearing.

Boosting diversity hiring is an integral part of the secretary’s blueprint for strengthening American diplomacy, said Kiron Skinner, a senior adviser to Pompeo and director of policy planning at the State Department. “And that does not mean diversity just in terms of race or gender, but also bringing together a wide array of perspectives and backgrounds,” she said.

A more diverse generation of American diplomats is likely to be culturally aware, adaptable, well-rounded and agile — in short, well suited to finding creative ways to address complex problems, including terrorism, human and drug trafficking, cybercrime and public health crises.

Diversity within a diplomatic corps that promotes U.S. interests worldwide is important: The diplomats reflect the diversity of America itself.

In fiscal year 2017, nearly 22 percent of foreign service officer hires were African-American — an increase of almost 10 percent from the previous year. In addition, 11.4 percent were Hispanic, compared with 8.9 percent previously. Almost half those hired were women, also an increase.

Pompeo’s vision of a diplomatic corps that resembles the ethnic mosaic of the United States “is key to ensuring that the Department of State is a place [where] Americans of all stripes want to come and serve the nation,” said Skinner.

Foreign service hires from diverse backgrounds can join an array of affinity groups, which regularly meet to foster support of members’ careers. 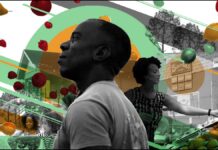 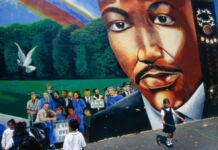 At these schools, every day is Martin Luther King Day 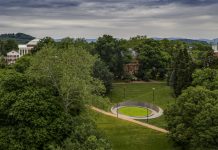 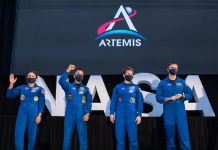 Meet the next astronauts to land on the moon