If the world’s migrants themselves constituted one nation, they would be the fifth largest at more than 232 million. With ties to both their homelands and their new countries, they are a force for global development, cultural understanding and innovation.

From October 11 to 17, the State Department is marking Global Diaspora Week to highlight how diaspora communities strengthen the world community at large. In fact, they may be the most effective social networks in the world in terms of global reach and commercial opportunity. Diasporas are an important source of trade, capital, technology and knowledge for the countries of both origin and destination. Global remittances today total more than $500 billion per year.

The United States has the largest number of global diaspora members, with more than 62 million first- or second-generation immigrants. Aside from Native Americans, all those living in the United States have immigrant roots. Thriving U.S. diaspora communities include Ethiopians, Sikhs, Cubans and Bukharian Jews.

There are more Chinese people living outside mainland China than the number of French people living in France. And approximately 22 million ethnic Indians have established themselves on every continent, making them the largest diaspora in the world, followed by Mexicans.

Some migrants stay permanently in their new homes, while others study or work there for a while before returning to their countries of origin. Still others travel onward to a new place. “People don’t have to choose between countries,” Kathleen Newland of the Migration Policy Institute told Economist magazine. “They can keep a foot in two or more.”

Are you living outside of your home country? What challenges and opportunities are you discovering? 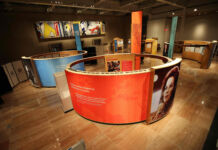