The crisis in Venezuela has reached a new level of urgency as safe drinking water becomes increasingly hard to find.

Deteriorating economic and political conditions under the former regime have triggered power outages that regularly shut down the country’s water treatment plants. Running water is now available only intermittently.

Recent data compiled by a national poll, the Encuesta Nacional de Hospitales, paints a grim picture of Venezuela’s health-care infrastructure. Hospitals are reporting a rise in deaths from an outbreak of amoebiasis, a form of dysentery transmitted by contaminated food or water.

The country’s recurring blackouts are driving many people to use filthy river water. In some cases, people are reduced to filling water buckets from sewage drains, contributing to the spread of preventable diseases.

According to the U.S. Agency for International Development, nearly 70 percent of Venezuela’s hospitals report ongoing power outages and lack of safe drinking water.

A version of this story was previously published on March 20. 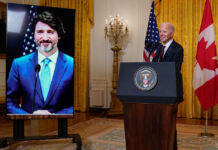